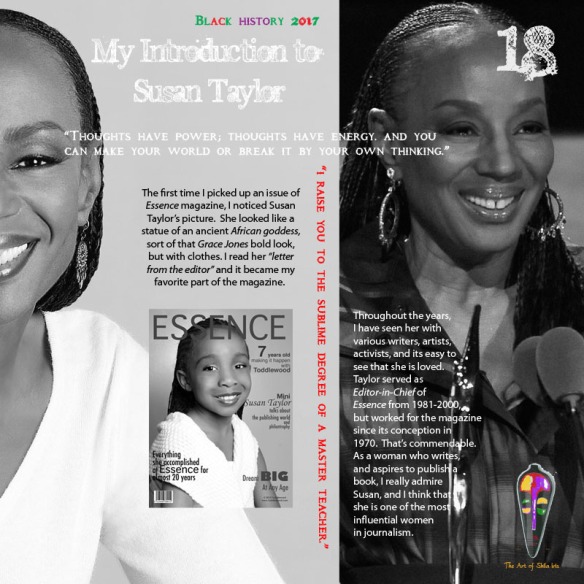 The first time I picked up an issue of Essence magazine, I noticed Susan Taylor’s picture. She looked like a statue of an ancient African goddess, sort of that Grace Jones bold look, but with clothes. I read her “letter from the editor” and it became my favorite part of the magazine. Throughout the years, I have seen her with various writers, artists, activists, and its easy to see that she is loved. Taylor served as Editor-in-Chief of Essence from 1981-2000, but worked for the magazine since its conception in 1970. That’s commendable. As a woman who writes, and aspires to publish a book, I really admire Susan, and I think that she is one of the most influential women in journalism.

“Thoughts have power; thoughts have energy. And you can make your world or break it by your own thinking.” -Susan Taylor

Thank you for reading,