THE BUTLER movie in theaters August 16

I am in great anticipation of the new film from Director Lee Daniels, The Butler. It has quite a few great actors and actresses, among them, Oprah and Forest Whitaker. I read the recent article in Parade magazine which features commentary from the director and star characters. They discuss what the movie means to them and why the story needs to be told. 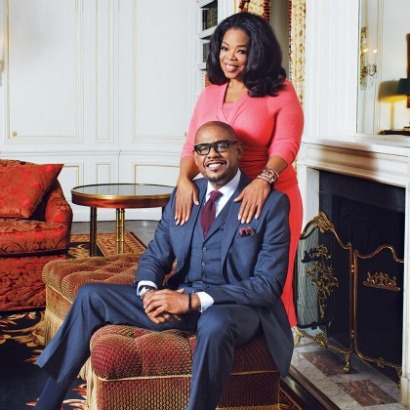 I love this pic of the two of them! photo by Michael Edwards.

In the interview, Oprah had so many hard-hitting points on racism and history and I commend her for using such powerful words. We need to hear people speak up because somehow, we are hiding from the past and allowing it to fade away. Meantime, we still experience racism every single day. In America, it is deeply embedded into our laws and codes of conduct, education system, entertainment and athletic industry, and I see and feel it all the time. No, it’s not paranoia. I experience it from looks, to blatant disrespect from people who refuse to accept African Americans no matter what. They scream diversity and multiculturalism, all the while referring to brown people in a derogatory manner and thinking very stereotypical and hateful thoughts about them as well.

We are told to “get over it” and to “move on”, all the while, being denied decency because America has yet to get over it! We are belittled and accused of pulling the “race card” whenever we choose to speak up about unfair treatment. If there was no card, we would not have one to pull. Whose deck are we playing with? Yes, racist America’s. So just as soon as America stops dealing these race cards, the sooner we’ll stop pulling them! We are told how we should feel by people who do not have our best interests in mind. We suffer from mis-education and from poverty which makes it hard for even the “educated” to survive.

We are encouraged to hate ourselves by giving in to lightened images that depict someone other than us. We are manipulated into spiritual, physical, and financial debt from thousands of years of scars from America’s antagonism of what we really are. Brown people have been bamboozled and we remain weak because every time that we have been strong enough to rise, we have been murdered- lynched, shot, and stabbed. Communities burned down, bombed, and torn apart. We are told not to blame anyone but ourselves for our transgressions. However,I have played the game by their standards, and by my own, and have received the same treatment. It is hard being what I am. I am statistically defined before I come out of the starter block, but yet like Maya, I still rise!

The good thing is, I still have love to give and freedom to fight for. I get stronger.

*** I really love how Oprah comes so hard and real in this interview! First of all, Oprah said she received the offer to do the movie while standing on “her” mountain in Maui. I thought this was a play on words, but she actually has a mountain! I don’t often keep up with the material possessions of Hollywood, but that is pretty deep. Alrighty then!

She talks about the use of the word NIGGA which I absolutely loved. Her words:

“You cannot be my friend and use that word around me. It shows my age, but I feel strongly about it.”

Personally, I don’t get why people are so adamant in using this stupid word! I have had many a debate about it and it ends ridiculously. Some of my favorite artists use the word and it makes me skip the track on days when I just can’t handle it. It is not a friendly word for me. Oprah goes on to say:

“I am a student of history. I grew up knowing where I’ve come from. When you fully get that, it’s hard to be loose-lipped with that word.”

Oprah has challenged Jay-Z on the use of the word and she proudly defends her stance. Yes! I get it.

Director Lee Daniels shared the film with his family in July and his 30-year-old nephew said to him:

“Did some of this stuff really happen?” Daniels admitted that he was very upset. Oprah says that young people today don’t know diddly-squat about the civil rights movement (history). I agree. I work around young people every day who KNOW NOTHING! I find that amazing. A 30-year-old not knowing… that’s horrible! I will be turning 30 soon and I know all about history from the obvious to the hidden. Hmmm. I grew up in Cleveland if that helps? I went to Fisk...? As far back as I can remember existed inside of me a yearning to want to know the truth about who and what I am. However, his nephew does not surprise me. So many people my age know nothing about THEMSELVES. We have become this “other man” who is complacent with the lies we are taught. Honestly, I am not political, pushy, or disrespectful- just proud of my heritage. However, I have noticed that because of the way I speak, with confidence and knowledge, some dubb me negatively. I only try to share what I know as the truth in the most constructive manner possible, and if there is no desire to know from the other party, I walk. I walk a lot. People are comfortable in the Matrix.

“I’ve had many incidents in my life of racism. I’ve been thrown on the ground. I’ve been frisked. I’ve been arrested so many times I couldn’t tell you. I have no need to talk about it… The movie deals with valuation of life, too. Like whose life is valuable? Is it ok to take life?”

He is speaking about people like Oscar Grant and Trayvon Martin. He goes on to make an excellent point:

“If you can’t accept that these things are going on, you’re living an illusion. So the question at this point is more of, how can we move the needle forward? Can we speak up? I think this film helps that in some way… and it’s not just the Black culture; we have to look at ourselves as global citizens and what’s happening to people all over the world.”

I was very pleased with the article by Katherine Heintzelman. Sometimes I feel completely exhausted with having to fight fight fight. I feel like fighting for my rights has taken time away from many other things in life that I could have been successful with. I wish I had time and expenses to travel and speak many languages and be connected with nature without having to live in such a toxic world. I wish I did not have to spend so much time mentally preparing so that when I am around certain people and groups I don’t have to get angry or lose it when they make bottomless racist remarks! Oh how I wish I had the freedom to just be me and to never have to worry about how people are going to look at me. I wish I hadn’t had to cry all those nights because a man or woman from a different race disrespected me or looked at me a certain way often times with hate and jealousy.  I wish I didn’t feel it, but I do. I wish I didn’t see it, but I see. I wish I wasn’t a victim of racism, but I am! You have no idea how many tears have fallen from my eyes, wind knocked right out of me with ill remarks. All the while, all I can think is: I am a human creation of God. Why?

P.S. I cried right when I finished this. But like always, I have to pick myself up. I am going to listen to Gaelle’s Fade Away because I can relate. Make sure you listen to the lyrics. Then I’ll probably listen to E. Badu’s Drama and Lauryn Hill’s I Get Out because I stay grounded in this music. Father, free from this bondage, knowing my condition, is the reason I must change!

2 thoughts on “The Story Must Be Told- Lee Daniels, Oprah Winfrey & Forest Whitaker”